Sometimes I really have to stop and wonder if shit is this fucking crazy on the east coast, how fucked up it must be in the mid west. I never want to go to like Indiana or South Dakota. EVER. Matter of fact, don’t even fucking talk to me if you’re from there. You will most likely lower my IQ which definitely doesn’t need any more of that.

First- we have the number one reason why subways are dirty as fuck and why I carry 6 mini Purell bottles with me at all times. This naked dude just started humping the floor of the subway, just straight up naked in the fucking subway and no one around him gives a fuck. 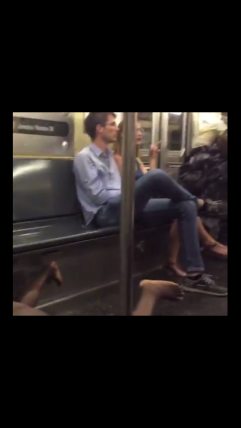 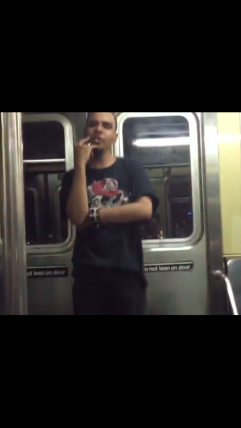 I don’t know if he’s doing this for attention or if he’s tripping balls but either way this is nasty as shit. Now that naked dude is going to touch his dirty dick and then put his hand on the rails and sit down in the chair with his sweaty asshole. WHAT THE FUCK! And people are just acting like this whole thing is normal like they seen this happen before? Fucking animals. Never again will u catch me on a subway. Also now that I’ve watched the video multiple times…IS THAT POSSIBLY A WOMAN??

Second- Kellogg’s is opening an all cereal restaurant in Times Square. Look I don’t really mind this because I love cereal but no one wants the Kellogg’s cereal. Especially at $7.50 per bowl. Yeah let me stand in line for a bowl of fucking Raisin Bran, OKKKK.

I’m pretty sure this is going to close as soon as it opens. Maybe it’ll be cool the first time you go but it’ll get old quick. At least serve good cereal like lucky charms or chocolate crisp, golden Graham’s, fucking anything other than Kellogg’s would be great. Have fun with a bunch of old people taking out their dentures to eat Raisin Bran. Enough is enough. Buy the box for $4 and stay home.